Anita Potvorszki singer, actor from Gödöllő. Since 2017, she has been a tour guide at the Royal Palace of Gödöllő, and the “singing Sisi” at the opening shows of the exhibition of the “Queen Elisabeth’s dresses replicas” by Mónika Czédly.
Since 2018, she has been a member of the Gyula Hegedűs Syntel from Gödöllő, and has performed main roles in several plays, such as, 2018 – Play in the Palace (as Annie Balogh) by Ferenc Molnár; 2019 One Two Three (as Lydia) by Ferenc Molnár. She performs in Gödöllő and its surroundings with “Aozora”, her acoustic formation, which plays tunes mainly from the 80s and 90s. She considers it her mission to keep the memory of Queen Elisabeth alive and to touch her audience with her performances. 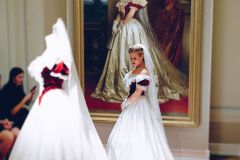 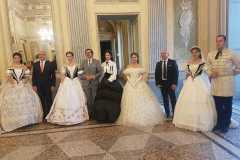 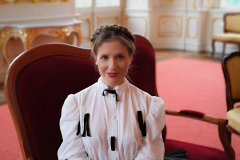 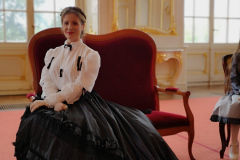 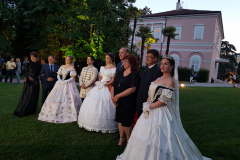 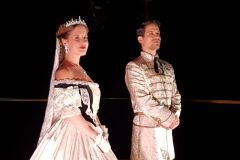